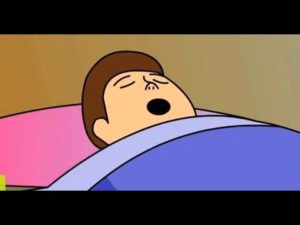 Once a person complained to Srila Prabhupada, “Your Krishna consciousness movement makes people dull.” Prabhupada immediately said, “The two most important wars which happened in Indian history was fought by Vaisnavas. One was the war between Lord Rama and Ravana and the other was the battle at Kurushetra.”  Prabhupada further said we want Vaisnavas like Arjuna who have a spirit to fight and not some dull people who are lazy.

Arjuna was the best archer of the world and also a great devotee of Krishna. He is praised as Gudakesa because he conquered sleep.  Once Arjuna was taking food in the night and suddenly the lamp blew off because of wind. Arjuna continued eating. After sometime he thought although it is dark but still my hand easily finds my mouth. It is happening because I have a desire to eat so even the darkness is not able to stop me. So if my hunger to become the best archer of the world is strong then I can even practice archery in the night. And so from that day onwards Arjuna started honing his archery skills in the night also while rest others enjoyed sleep.

But in spite of being the best warrior of the world Arjuna got bewildered when he was about to fight the most important battle of his life at Kurushetra.  He started giving his own reasons to not fight the war, “It’s true that I am a Kshatriya and I should not shy away from fighting but they are not my enemies they are my relatives. If I kill them I will incur sins.”

Srila Visvanatha Chakravarti Thakura explains that in response Krishna, in a chastising mood, says to Arjuna, “Now you are not honoring my words, but later, because you are a great hero, your natural eagerness to fight will unavoidably manifest itself. Then, when you set out to kill Bhisma and others on your own accord, I will laugh at you.”

Although Arjuna is giving many reasons not to fight but Krishna knows that since he belongs to a warrior clan so he will ultimately fight.

So if Arjuna is anyway going to fight then why does Krishna speak the message of Bhagavad Gita to Arjuna?

It is because Krishna wanted that Arjuna fight in proper consciousness i.e. Krishna Consciousness. If Arjuna fights whimsically and is driven by modes of nature then he may commit sins and suffer. But if he fights as per the instructions of Krishna he will not just emerge victorious but he will not be subjected to any sinful reactions.

As long as we are living in this world we have to act, none of us can remain idle and not do anything. But if we do our duties as per our own accord then we put ourselves under the jurisdiction of material laws. But if we do our duties by keeping Krishna in the centre then we will be acting for Krishna and Krishna will always guide us and protect us.

Controlling Mind Is So Easy!

Whom do you love more – Krishna or your husband?