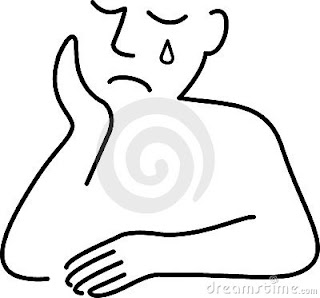 Sitting on a bench in a park Mikey was pondering over his life. What went wrong in my life? This could happen to me, I had never thought. Life had overwhelmed him, bewildered him and deceived him so many times that he had not just lost hope but also interest in life. Today he had even lost his job. It was dusk and he did not know where he will spend his night.
“Hello! Would you like to have this book?” The call of a stranger who looked strange because of his strange attire broke his chain of thoughts. Before he could say anything, Mikey had book in his hand.  Although he did not want anyone to disturb him but he just could not say no to the stranger. He started glossing over the book and soon started getting absorbed in it. He found it meaningful. “Who are you and what is this book about?” Mikey asked. “The book is Bhagavad Gita and I am a Hare Krishna monk”, the stranger replied. The book has answers to all your questions about life.
Can the book tell me why so much suffering in my life?
“The book will not just tell about your cause of suffering, it will not just give solution to your suffering but most importantly it will give you a formula so that you will never ever suffer in your life, neither in this life nor in any life”, said the monk. The monk said this with tons of enthusiasm. Mikey wasn’t just impressed by his words. But to him the monk looked like to be the happiest person he has ever met.
He wanted to speak more to him, he thought him to be his well-wisher, a dear friend who has been especially sent to him.
He wanted to know more about the mysteries of life, about himself, about the purpose of life and so on. The monk obliged and when Mikey told him that he did not have any place to stay tonight, the monk invited him to the temple.
And he was now happy to follow him. Mikey spent the rest of the night in the temple reading the book and contemplating on the message.  Temple’s spiritual ambience comforted him; he felt natural attraction for Krishna. It looked like he has got all answers to his life’s questions.
If depressed Mikey would have not met a Hare Krishna devotee that night he would have taken any extreme step. But Krishna never leaves a soul alone, he always sends someone to him. Many a times people do not reciprocate and miss a great opportunity to get reunited with Krishna. Mikey did not miss the opportunity.
Today Mikey is a monk in a Hare Krishna temple in Hungary. He is shaven headed with a shikha, wears dhoti kurta and neck bead and chants the name of Krishna. And he loves to distribute books of Srila Prabhupada especially Bhagavad Gita. Who knows someone in some corner of the world is waiting for Mikey to come and deliver him. 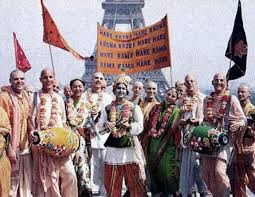