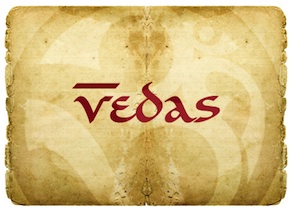 Right to education is a fundamental right and it is the duty of the society and the government to make sure that each and every child is educated without any discrimination.  But what if there is discrimination in what knowledge is imparted to the students.   What if the ideologically driven educationalists do not allow the students to be exposed to various fields of knowledge but instead force them to study only those subject matters which agree with their way of thinking and believing.

This would be considered a gross misuse of power and position. But this policy of knowledge filtration has been going on for ages in India. The British during their rein had made sure that the Indians remain deprived of their rich knowledge and culture.  They strategically trained scholars who were although Indians but had disregard for Indian culture, society, customs, traditions and holy books. These scholars were given the responsibility of slowly and steadily making Indians believe that their culture, history and knowledge are inferior to that of the west. The purpose was to make sure that the Indians lose faith in the Vedas. British policy continued even after India achieved independence.  The scholars who were trained to demean Vedic books continued nurturing other sets of scholars who would not allow the knowledge of these scriptures to be made available to all Indians.

Vedic literatures are the oldest literature of the world.  And it was not written by some unintelligent, illiterate and primitive nomadic people.

Let us gauge the vastness of Vedic literature:

And the list isn’t complete; there are many more literary masterpieces such as Brahmanas, Aranyakas , Upanisads, Upa – Vedas and Vedangas etc.

A person with a tinge of intelligence would accept the fact that such a voluminous work cannot be the handiwork of some nomadic and semi – literate people.

The philosophy espoused by these literatures has the potential to change the way we look towards the world and towards other living beings. These holy books talk about isvara (God), jiva (the living beings), prakriti (wolrd), karma (actions) and kala (time). It teaches us about the importance of cultivation of spiritual knowledge; charity; self-control; austerity; simplicity; nonviolence; truthfulness; freedom from anger; renunciation; tranquillity; aversion to faultﬁnding; compassion for all living entities; freedom from covetousness; gentleness; modesty; steady determination; vigor; forgiveness; fortitude; cleanliness; and freedom from envy and from the passion for honor (Bg 16.1-3).

It informs us that all the living entities in this world are part and parcel of God and so we should see them all with equal vision and should not discriminate against any. (Bhagavad Gita 5.18)

But an Indian does not get the opportunity to study these books in schools and colleges and if someone desires to study them then they are derided. So much is the disdain for the Indian traditional culture, language and custom that in India instead of Sanskrit, which is a native Indian language, in the educational institutions German was being taught. And when the government tried to include Sanskrit in the educational curriculum then there were fierce opposition from the anti-Vedic brigade who masquerade as liberals in India.  Today Sanskrit as a language has survived because of the mercy of foreign universities. Isn’t is surprising as well as shocking?

Indians in general have deep longing to know about their culture, tradition, language and literature.  And so many Indians have continued to learn about their culture and philosophy from their elders or have tried their best to study on their own. Many religious and cultural organizations such as ISKCON organize classes on Bhagavad Gita, Srimad Bhagavatam and other Vedic literatures ensuring that not just Indians but people all over the world know the message of these sacred books.

The tyranny of ideologically driven left liberal academicians should be stopped. As an Indian I should have the right to choose what I want to study and I should not be deprived of that opportunity.  Educational institution in India should not discriminate against Vedic school of thoughts and allow the younger brains to get exposed to these vast bodies of knowledge. 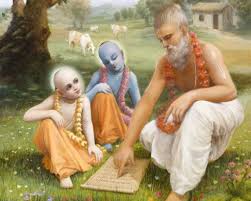 Krishna’s devotees – Too busy To be lazy

Can a Sudra become a Brahmana? Definitely Yes.

What does it mean to live in Vrindavan?