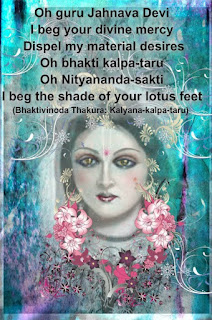 If God created both – men and women – then why does he discriminate between them?  Few activists supported by left liberal pseudo secular activists raise this question frequently. The recent controversy is about the right of women to enter the Shani temple in Maharashtra. It is not that the women are not allowed to enter the Shani temple; it is in the sanctum sanctorum where they are not allowed.  Out of several thousand of temples in India, in few of the temples, may be couple or at the most less than half a dozen, where they are not allowed. And the restriction isn’t whimsically there is a logic given behind that. And there are some temples where men are not allowed such as in Linga Bhairavi.
Why the outrage?
Is it that the activists who desperately want to enter the temple and their pseudo secular supporters have developed deep love for the demigod Shani. Defintely not. Their purpose and motive is quite obvious, to indulge in their favourite pastime – Hindu bashing.
Let us put aside this unending cacophony for a while and try to analyse the Vedic perspective on the position and status of men and women in human society.
Vedas about men and women and the spiritual goal
In Bhagavad Gita 2.13, Lord Krishna informs us that we are neither man nor woman but we are actually souls. As a soul presently we are occupying a man’s body or may be a woman’s body. In the next life a man can become a woman and a woman a man. However scripture not just tell us to forego bodily designation but asks us to get out of this cycle of repeated birth and death and attain liberation by entering into the spiritual kingdom where life is eternal and there is no death and disease.  To become eligible to enter the spiritual kingdom it is mandatory that we eschew all our material desires of worldly positions and possessions and along with this it is required that we give up the attraction for opposite sex. Because as long as a man is attracted towards woman or a woman is attracted towards a man there is no possibility of liberation. And this is why Vedas recommend 4 ashrams – brahmacharya, grihasta, vanaprastha and sannyas. Suppose that we live for hundred years, then for 25 years we should be in a brahmachari life wherein strict vow of celibacy is observed, next 25 years we should spend in grihasta ashram wherein a brahmachari if he so desires he can enter into a householder life, after 50 years both husband and wife is supposed to enter into vanaprasta ashram where both husband and wife dedicate their life completely in practicing spiritual life and they do not have any physical relationship between them and finally there is sannyasa ashram where both men and women decide to completely dedicate their life in the service of the Lord and just want to make sure that neither of them becomes a cause of bondage to each other in this material world. This material world is temporary and all relationship of this world is temporary, our eternal relationship is only with the supreme Lord and so we have to get detached from this temporary relationship and develop ever- lasting permanent relationship with the Supreme Lord.  Vedas focus on this aspect of life and continuously asks all humans to adhere to it.
The scriptures does not discriminate between men and women but in fact give various methodologies and processes by which both – men and women – develop love for the Supreme Lord and thus attain liberation from this ephemeral world. And this is why there are certain rules for men and also for women.
Women rishis
In fact during the Vedic period there were even women rishis such as Romasha, Gargi, Maitreyi, Apala, Aditi and others. And few hundred years back we had great women devotees of the Lord – Mira Bai, Sri Gangamata Goswamini, Sri Jahnava Mata, Sri Sita Thakurani etc. These women rishis were well versed in Vedas. The 126th hymn of the first book of Rig Veda was revealed to Romasha, a woman.
Women are also given an opportunity for deity worship, and this can be seen in ISKCON temples all over the world. In Iskcon temples, the women devotees also give discourse on literatures like Bhagavad Gita and Srimad Bhagavatam and are accorded equal right to practice spiritual life just like men.
Now let us gloss through few of the statements of Vedas on women.
Bhishma to Yuddhisthira: “O ruler of the earth the lineage in which daughters and the daughters-in-law are saddened by ill treatment, that lineage is destroyed. When out of their grief these women curse these households, such households lose their charm, prosperity and happiness.” (Mahabharata, Anushashanparva, 12.14).
Vedas state that when a woman marries then she enters “as a river enters the sea” and “to rule there along with her husband, as a queen, over the other members of the family”. (Atharva-Veda 14.1.43-44).
And there are many such statements in the sacred book about women. So where is the discrimination against women?
Those who are genuine and open minded, when they read the sacred Vedas then without doubt comes to the conclusion that Vedas do not discriminate against men or women. The Supreme Lord is our father and Vedas are our mother. So how can a loving and caring father and mother discriminate against their own children?
Tags: Gargi, Maitreyi, Mira Bai, Romasha, Vedas

Dear Srila Prabhupada, please free me from the clutches of my evil mind

How to attain freedom from never ending suffering?