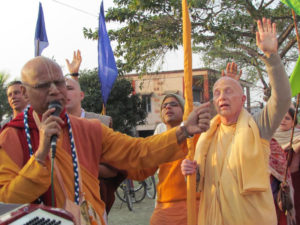 India TV has been conducting programs wherein they bring the monks (brahmacharis) who have joined Iskcon temples and the parents who are completely against their sons becoming a monk together.  The parents of the monks are always furious, they display their emotions publicly. They blame the temple authorities for making their sons brahmacharis. In fact the parents curse the devotees saying that they will ultimately be destroyed.

Many times we think that the Vedic literatures are of bygone eras and not relevant today.  But the reaction of the parents is exactly the same as that of Prajapati Daksha whose sons became renunciates after being educated by sage Narada in the science of self-realization.  Prajapati Daksha said the sage Narada, “You have made me lose my sons once, and now you have again done the same inauspicious thing. Therefore you are a rascal who does not know how to behave toward others. You may travel all over the universe, but I curse you to have no residence anywhere.” Srimad Bhagavatam 6.5.43. May be the incidents mentioned in the Vedas happened thousands of years ago but the attitude of the parents and that of Prajapati Daksha is the same. 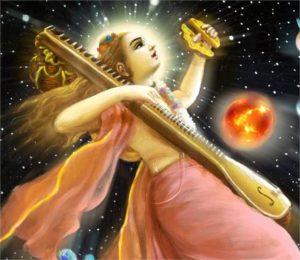 Although we may be considering the current relationship we are having as permanent. But this is not the case. Whatever relationship we have with our parents, brothers and sisters, with other relatives, with our country is temporary. In our previous lives we had different parents and siblings, we might have been born in a different country.  In our next life who our parents will be we do not know.

Srimad Bhagavatam narrates the story of King Citraketu who had a great desire to have a son. With the blessings of sage Angira he finally got a son from his wife Kṛtadyuti. But the co-wives of Kṛtadyuti out of envy poisoned the kid and killed him. The king was devastated, he was crying like a mad man, he was totally broken hearted. During that time sage Angira came along with sage Narada. Through his mystic power sage Narada brought back the soul in the dead body and told him to enjoy his life again in the company of his father, mother, friends and relatives. The little boy who was dead sometime back spoke,  “According to the results of my fruitive activities, I, the living being, transmigrate from one body to another, sometimes going to the species of the demigods, sometimes to the species of lower animals, sometimes among the vegetables, and sometimes to the human species. Therefore, in which birth were these my mother and father? No one is actually my mother and father. How can I accept these two people as my parents?” 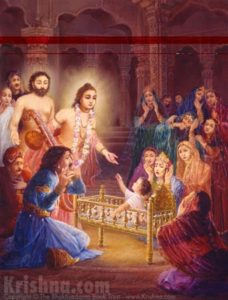 Yes it is true that in this world all the relationships are temporary. The purpose of this life is to endeavour for a destination where every relationship is permanent and this can be possible only in the kingdom of Krishna.

For most of the people it is not easy to come out of the clutches of material energy and surrender to the lotus feet of Krishna. Those bravehearts who try for this faces severe opposition and criticism many times.  Those with strong determination continue with their devotional life amidst all the opposition but sometimes some devotee succumb to parents emotions and give up devotional life.

I remember one person few years back visited the Rath Yatra festival and there after meeting some devotees he started crying. With tears of sorrow, he said, “I was forced to leave Krishna”

He said that several years back he was a brahmachari in the temple but his parents forced him to leave the temple. He was forced to get married, take a job and was even forced to give up his devotional life.  If he would have not yielded to parents emotional pressure he would have not lost a great opportunity to practice devotional life. And on that day instead of having tears of lamentation he would be having tears of joy in his eyes. 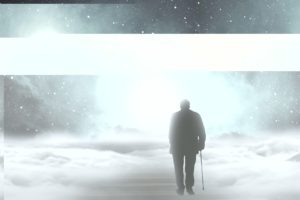 Challenges will be there in this world for the devotees and it may appear in multiple forms. But we should never leave the lotus feet of Krishna, we are very fortunate that we got to know the purpose of life. And if we pray to Krishna then Krishna will surely protect us from those people who are creating hurdles in our devotional journey. 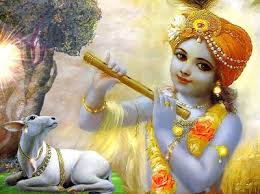 How atyāhāraḥ will destroy your bhakti?